On September 14, the 2019 The FitWit O4W Team Games took place at the FitWit O4W gym. Seven teams competed in a series of FIVE thrilling and often physically challenging events for a chance to earn not only some sweet FitWit O4W apparel, but also ultimate bragging rights on who is the best FitWit O4W Team in all the land. Each team put together rosters of 4-5 people, a cool team name, and the will to battle it out regardless of how silly or tired they felt. 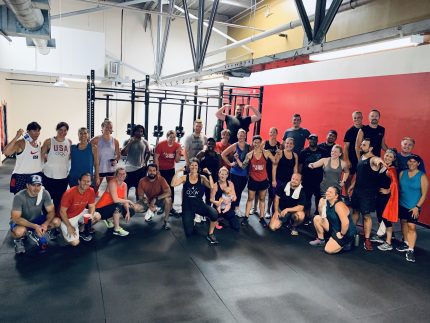 From L to R: Get Off Our Lawn!, 2 FitWit 2 Quit (hey, hey!), We Hate Names, Team Buttercup, Gotta Have More Kettlebell, The Misfits, and Team USA. 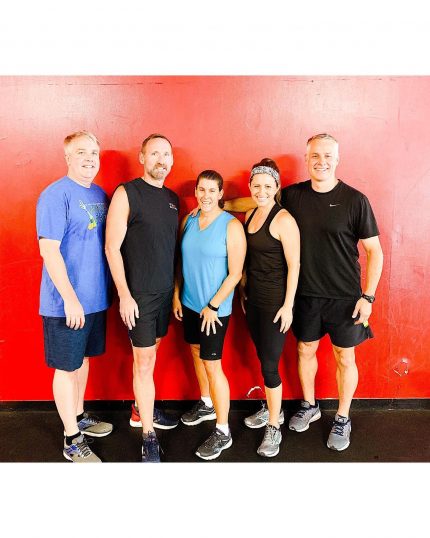 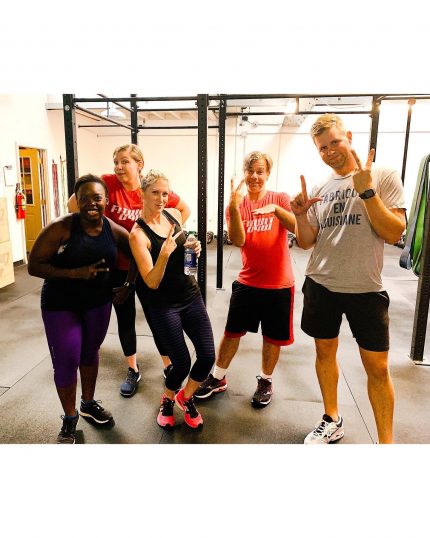 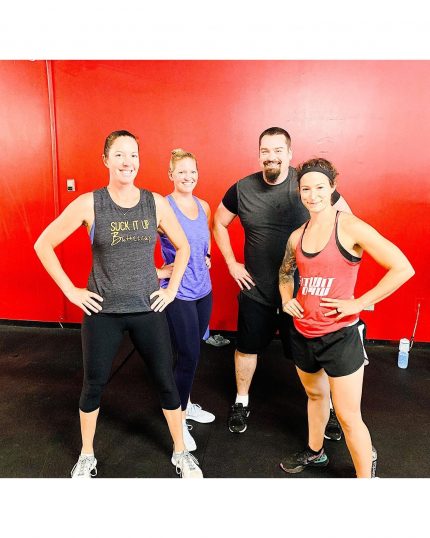 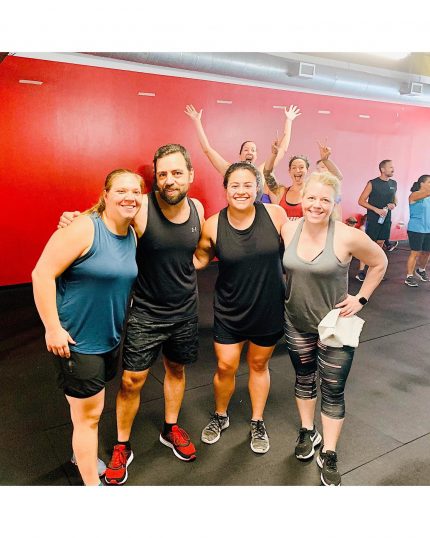 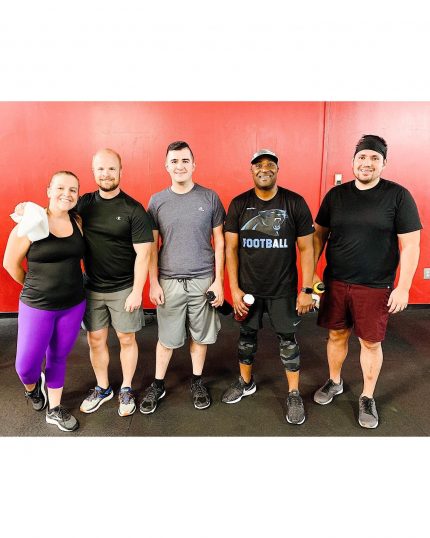 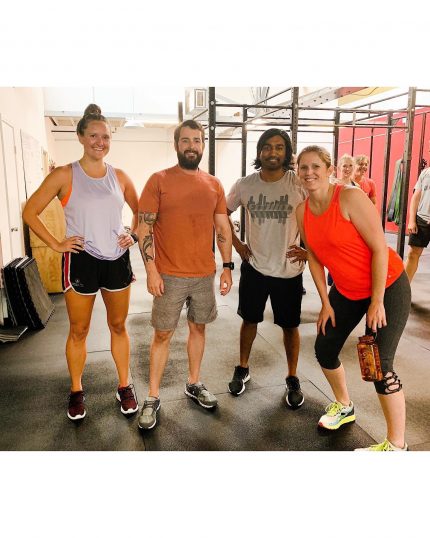 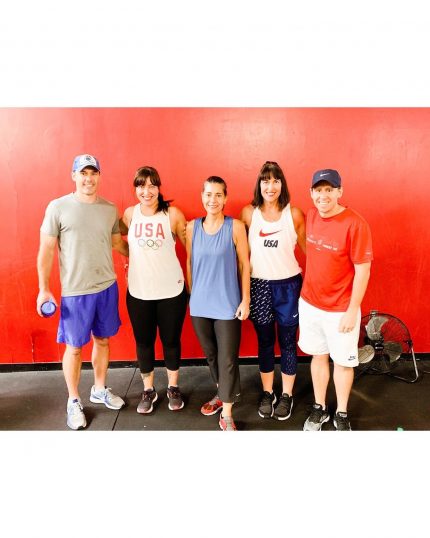 The Games kicked off at precisely 10:15 am following team pictures and a warm-up lead by trainer extraordinaire, Beka Carson. 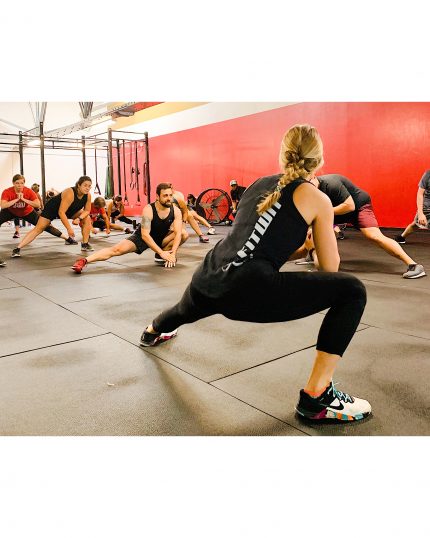 For this event the teams had to find their lungs and legs to help them complete a rowing ladder to 2000m followed by a run to the Skatepark. Teams had to be strategic in deciding who would row when, knowing that each rower had to progress by 100 meters. Starting with 200 meters and finishing with the longest piece of 600 meters (200-300-400-500-600). Once the team reached the 2000m mark, they took off on a race to the Skatepark where Coach Paul was waiting with their next tasks:

Teams were awarded points 7 through 1 based on when the entire team returned to the gym. 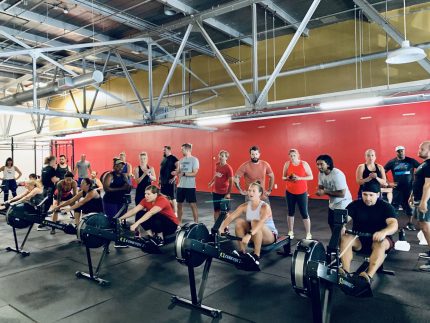 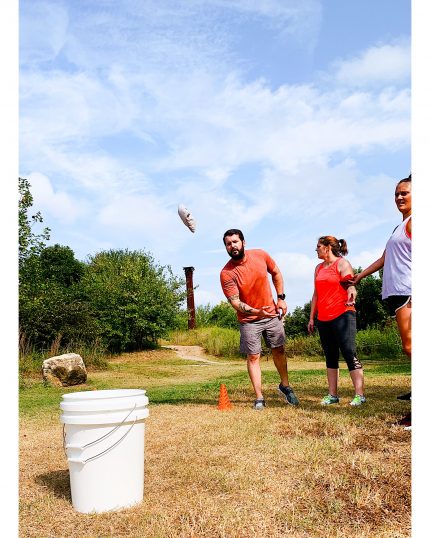 Event 2: Put the Cup Down, Flip It (and Reverse It)

At only 8 min, this event was short in time but definitely not short in effort or energy expended! Probably the toughest event physically due to a slight overestimation of how long it takes the average person to complete 4 flip cups ;- (Spoiler alert: Flip cup is much harder you are trying to land it right side up). This event ended up being a Bike-a-Thon. The rules: Each team had to complete 4 flip cups, with a burpee punishment for each missed flip cup attempt. Once the team completed 4 successful flips, they spent the rest of the 8 min accumulating calories on the air bike, with teammates switching every 30 seconds. Needless to say, cups were a flippin’ and air bike hair don’t care! 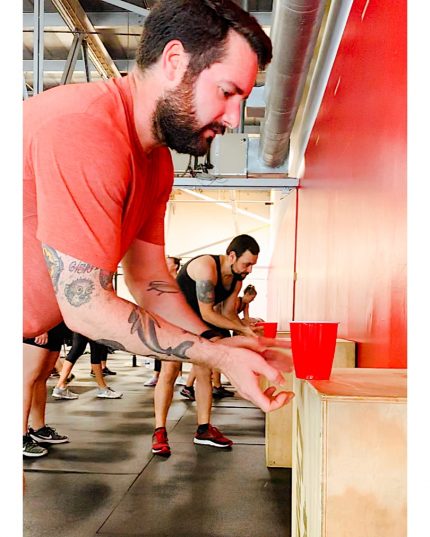 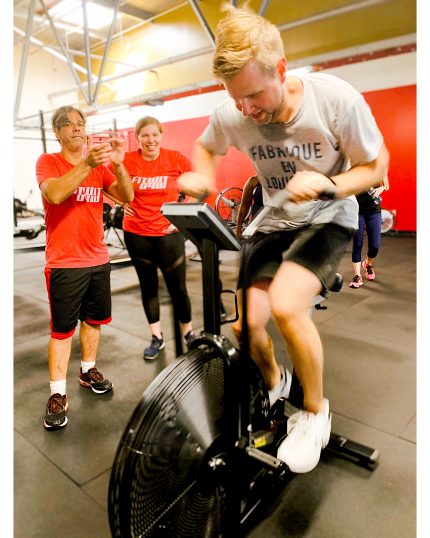 This event included everyone’s favorite party favor – the kazoo! One team member chooses a song from a music genre – 90’s Pop / 80’s Rock / Current Jams / Nursery Rhymes / Classic Rock. After sprinting 150 meters, the team member had to play said the song on their kazoo until the rest of their team guessed it. Each team member continued in this fashion trying to get as many correct guesses as possible in the allotted time. 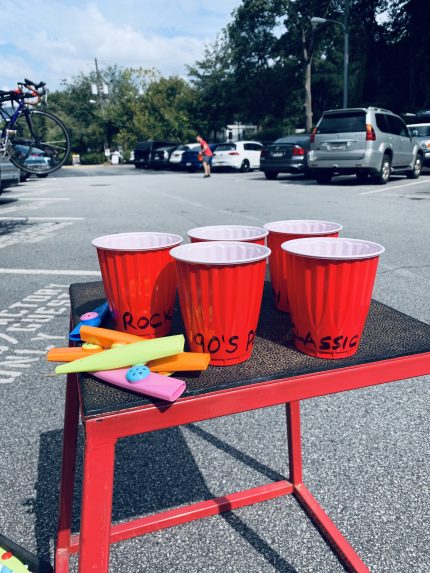 Anytime frisbees are involved at FitWit O4W, they seem to even the playing field, hence the name – The Equalizer. For this event, teams had 8 min to string together 10 consecutive frisbee tosses and catches after completing the following in a relay style:

Team Buttercup ran away with this event knocking out the frisbee toss in record time!

Christmas came early at FitWit O4W with our secret Santa exercise swap. Teams had to draw a number 1-7 to determine the order. Team #1 picked a solo cup with an exercise in it and announced it to all the teams. Team #2 could then decide whether to steal the exercise from Team #1 or draw their own. All teams continued in this fashion drawing or stealing until each team had a prescribed exercise they had to complete as a team – wall balls, burpees, or jump rope. 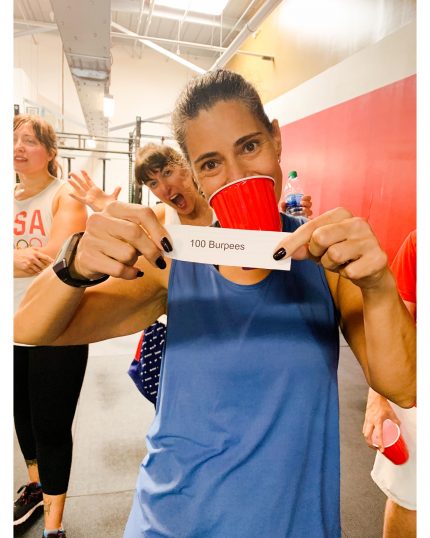 Once the teams completed their reps, they ran to the Shed at Ponce City Market with a medicine ball to receive their final task from Coach Paul. 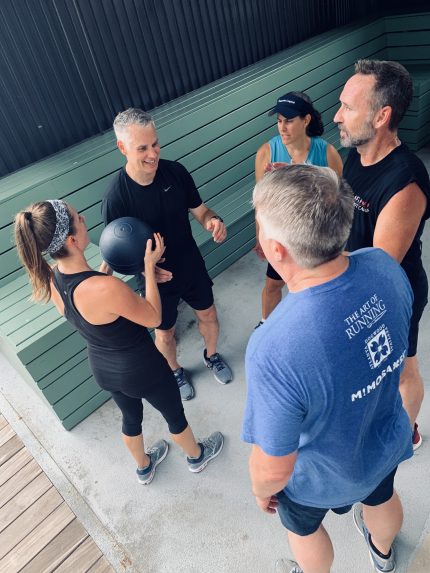 Final task: Use your Wit by creating a new FitWit team cheer/clap up. The cheer/clap up had to be fitness related and had to rhyme. And, teams had to keep their medicine ball in motion while they created their cheer/clap up. This is where things really got hairy as the fatigue from the day really settled in. The result was a lot of clapping, chanting and passing of the medicine ball but not an overwhelming amount of fitness related clap ups that rhymed ;-). It was a fun finisher that featured gems such as “Get your behind up before the sun shines” and “Get ripped, get fit.” 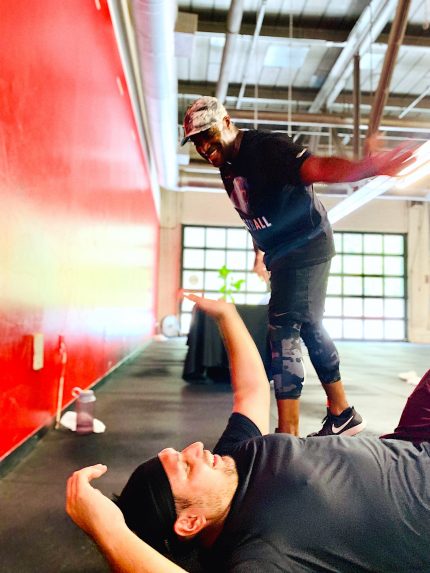 2nd Place: Get Off Our Lawn! 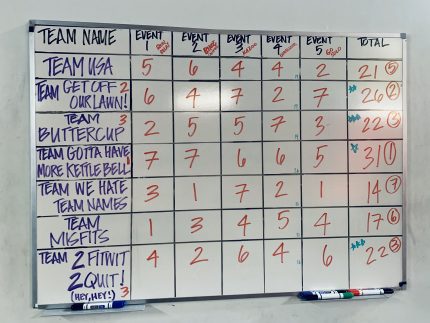 Congrats to all our competitors! Click here to check out the full 2019 FitWit O4W Team Games Album.