You know what’s worse than burpees? Burpees in the mud. But when Patti Carlson left FitWit to have her first child in 2009,  one year after getting into the best shape of her life, she became nostalgic for the sweat, the camaraderie, the muscle tone–and yes–the dirty burpees.

Prior to joining FitWit, Patti was thin, but not fit, “hamster-wheeling” it (as she says) on one of the cardio machines at the gym to which she belonged. If they had weights, she wasn’t lifting them. At FitWit, Patti did not “hamster-wheel” anything. She learned about strength training. She learned how to properly lift weights and use kettlebells, and gained more energy, more muscle tone, and eventually more muscle mass. Most importantly, she gained a sense of empowerment.

Like many women, Patti had previously been preoccupied by body image. Putting in the time. Getting the heart rate going. Burning the calories. Pining for the ideal of that flat stomach.

“FitWit taught me to focus on what my body can do, rather than what it looks like,” she explains. Over that year, Patti became less concerned with the flatness of her stomach and more concerned with how much weight she could lift. So, when she left FitWit in 2009, she was stepping away from more than a gym, she was stepping away from a revelation. The break would last for six years.

“In the early days, they used to give you a dog tag keychain after you completed a 6-week session,” Patti recalls. She kept the fitness totem close over the 6-year hiatus, while she started a running club, had her second child, and advanced in her career. Over those years, she gained so much (see running club, kiddo, and job!), but you know what she’d lost? Muscles! Upper body strength, specifically.

The keychain could’ve easily become a guilty reminder. But for Patti, it was a reminder, period: Regardless of what her body looked like at the moment, or what it was or wasn’t doing, she had absolutely no doubt in her mind what it was capable of.

In 2015, Patti grabbed her keys, left the house, and headed home.

“Since I knew what I was getting into, I wasn’t scared or intimidated to go back to FitWit, but I was willing to accept the fact that I had a long road ahead of me to get where I wanted to go. Not going to lie, it was hard,” Patti recalls of her return. “Everything was sore and I had lost all of the strength I had once had. Starting from zero in that sense was humbling. I honestly considered giving up a couple of times. Luckily, I hung in there, because I knew from past experience with FitWit that if I stuck with it, I would make progress.”

Patti made goals, and the FitWit trainers helped her reach them, even if they were tongue-in-cheek at first: “I want Michelle Obama arms!” But eventually, she focused: “I want to complete 1500 kettlebell swings in a month.” “I want to do a pull up.” The FitWit coaches stayed positive and consistently encouraged Patti to do her best, whatever her best was that particular day.  She made progress and got stronger, slowly but surely. She got her first pull-up, and then her second. Once, she did 4 unassisted pull-ups!

And if you’re wondering how much Patti’s lifting these days? It’s 1.5 times her own body weight. That’s better than lifting to achieve Michelle Obama arms. That’s like lifting Michelle Obama! 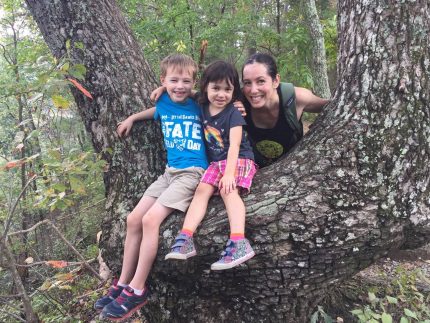 Something is wrong.
Instagram token error.
Load More
a

Check out the FitWit Workout